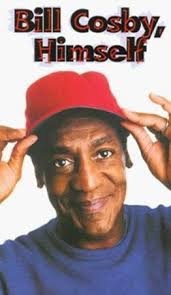 "When you got the Quaaludes, was it in your mind that you were going to use these Quaaludes for young women that you wanted to have sex with?" asks the plaintiff’s attorney, who is questioning Cosby.

I recommend questions to be short, simple, compact and precise - more along the lines, “What was the purpose for the Quaaludes?” or, “For what were the Quaaludes?” This question violates that. Nevertheless it’s a very, very effective question. With Cosby’s simple and precise answer, “Yes,” the attorney proved what is extremely difficult to prove – intent. Not just intent, but devious intent. Now, we still don’t have Mr. Cosby saying “I gave Quaaludes to unknowing young women to have sex with them.” We do, however, have the evidence, in his own words telling us his intended use of the Quaaludes.

This discovery of the truth must be wonderful news to all those victims who took the long step to accuse an icon of sexual assault. I look for more victims to surface now that the stigma of false accusation is lifted. Cosby’s cover-up strategy didn’t work.

Get Mr. Koenig's book, "Getting the Truth."